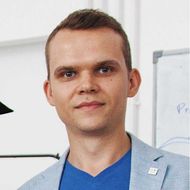 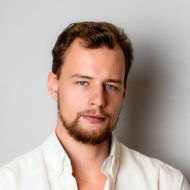 Certified Urban Planners will be Trained in Russia

A Graduate School of Urban Studies and Planning has been launched at the HSE. The new department will be the first in Russia to train experts in urban spatial planning.

Urban studies are related to urban economy, territory planning, regulation of land use and construction and urban transportation systems as well as socio-economic and housing policies.

In our country we have been lacking such a rounded education. Our universities train either architects, lacking an economic, social and legal education, or managers without teaching them the practical skills of spatial planning.

People who live in the cities can see the results of the lack of qualified urban planners. ‘We started the Graduate School of Urban Studies and Planning as a result of studying the demand for experts in this area’, said Alexander Vysokovsky, Dean of the School, ‘and I can say that the demand is very high. Recently we have met some representatives from the Moscow Mayor’s office who clearly say that we currently have either constructors or architects but we do not have city planners. In practice, this is the reason why many programmes don’t work properly. And it’s the same situation in all municipalities and all governmental bodies which have public components. In addition to that, businesses urgently need developers who are familiar with urban planning’.

In order to train experts in urban studies, the HSE is launching a master’s programme in Urban Development and Spatial Planning. The programme involves education in two subject areas. The first one is disciplinary, it studies, plans and projects various urban projects. By this, we mean the economic, social, cultural and other processes. The other dimension is spatial, and it considers all spheres of urban life in terms of their localization.

‘Our graduate will be able to distinguish and improve all areas – social, economic and others – in an urban space’, said Alexander Vysokovsky, ‘Depending on the localization of the process in the city, it is transformed accordingly. The same organization, but located in different districts of a city, works differently. This is because in the centre and in the suburbs, taxes are different, people come to the centre to go out, and live in the suburbs’.