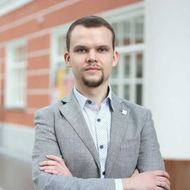 Vicente Guallart on Urban Transformation from Barcelona to Moscow 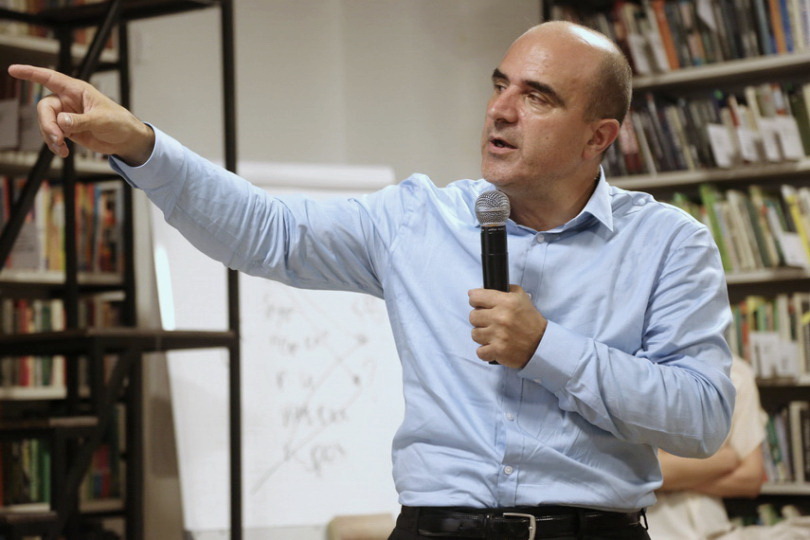 Chief Architect of Barcelona, Head of Guallart Architects and founder of the world famous Institute of Advanced Architecture of Catalonia (IAAC), Vicente Guallart has been a major attraction in the Adaptive Cities cycle of seminars (June to August 2015) organised by the Graduate School of Urban Studies and Planning and the Strelka Institute. Guallart gave two lectures and took part in a round table discussion at the end of June and beginning of July. In his lectures on June 30th at the Strelka Institute of Architecture and Design on the Laboratory of new forms of urban living, and on the 1st July at the Dostoevsky Library on Urban planning as an instrument of economic policy(how to make the transition to an economy generated by the city itself),Guallart talked about the history of Barcelona from a regional urban development in the 19th century to its modern transformation into a hi-tech information society and major international centre of culture.


Born in Valencia in 1963, Guallart, is considered one of the first urban designers to work at the interface between architecture, new technology and ecology. His projects are a synthesis of nature and hi-tech. He follows natural logic and combines geology with the process of transforming urban space. Guallart has played an important role in the radical transformation Barcelona has undergone over the last 30 years. A place of historical interest has become one of the most advanced cities in the world in terms of public transport, social infrastructure and new technology. The changes have come about through hard-won compromises between the city authorities and the citizens and business. Can the experience be repeated in other cities around the world, in Moscow for example?

On the 2nd July in the Adaptive Cities seminar cycle, with Andrei Gnezdilov, Chief Architect of the SUE Research and Project Institute of General Planning for the city of Moscow, Maksim Motin, municipal deputy for Moscow’s Pechatniki district, Gleb Vitkov, co-director of New World and director of the teaching-project laboratory at Graduate School of Urban Studies and Planning and Alexei Novikov,  Dean of the Graduate School of Urban Studies and Planning as moderator, Vicente Guallart took part in a roundtable discussion on Transforming a city: the limits of citizens’ influence and the authorities.

Barcelona has come a long way over the last thirty years in its transformation from a regional centre to a cultural capital of the world. The city administration and architects encountered innumerable problems, mainly because communications were so difficult between the city authorities and the citizens and businesses. The painfully cumbersome and bloated bureaucracy and the need to meet the criteria of a modern city and the requirements of its inhabitants all slowed down the rate of change. One of Guallart’s aims as chief architect of the Barcelona city council and director of the department of urban environment was to establish a dialogue between representatives of the city’s communities.

The purpose of the roundtable discussion was to understand how this experience could be applied in Russia and particularly in Moscow.

'Administrative changes happen very slowly and my first problem as chief architect was speed. Very few people wanted to change anything, either themselves or the rate of doing things. This slowness is characteristic of all European cities because everything has to be decided collectively,' says Vicente Guallart.

In Russia the citizens are often kept at arm’s length from decision making and they give up any attempt to get involved in the face of long and complicated procedures and specifications for future plans. Ordinary city dwellers don’t get information about plans for their city and their interests are not taken into account.

'In some ways Moscow is similar to Barcelona. The bureaucracy is equally slow and ideas stagnate while people stay in positions of power too long. But Moscow is different in that the mayor here is effectively appointed rather than elected. So some choices are made arbitrarily, much too decisively and quickly and that makes them difficult to influence,' says Gleb Vitkov, Project Head of Laboratory of Urban Studies.

The biggest single obstacle to dialogue between the authorities and citizens is the lack of information offered for discussion and its inaccessibility for non professionals. The city planning laws do not require models or plans of future or existing buildings to be exhibited for public consideration. Planners have to find the most accessible ways to show their plans if they want civic dialogue and that involves models, diagrams, drawings and illustrations.

It isn’t only the absence of a common language that stops citizens doing their bit towards transformation of their cities. In reality, local self-government in Moscow largely only exists on paper and the opinions of citizens and municipal deputies are simply discarded. Maksim Motin, deputy for Moscow’s Pechatniki district explained that when his constituents protested loudly against the planned construction of a by-pass on Volgogradsky avenue which would run across the whole district, a public hearing was circumvented and a decision was made in favour of the plan. It seems citizens don’t have any legitimate means to influence the decisions of local or city councils.

'The authorities find it very difficult to talk to citizens because they automatically oppose any new projects,' says Andrey Gnezdilov, Chief Architect of the Genplan Institute of Moscow.

The city has a very important part to play in building dialogue: It has to take the views of the citizens into account and strike a balance which preserves the right of town planners to make decisions. Most citizens are only concerned with their immediate environment but an urban project interacts with the space around it and with the city as a whole.

'Barcelona has had huge public discussions over projects. One lasted two years. The citizens proposed their ideas and almost took a full part in the work. Everyone agreed it was the biggest cooperative project with the citizens in the entire history of the city. But it produced the ugliest square in Barcelona,' says Vicente Guallart.

When you make construction plans you need to take into account and bring together a huge number of specialists, you need to weigh up the commission and the site and analyse the demands of residents. You need a professional approach. Before citizens start discussions on equal terms the authorities and the city will find themselves at loggerheads. The initiative has to come from the city because it has the means in terms of executive power, analysis and information.

Muscovites don’t identify with their local districts nor with the city as a whole. Now every citizen dreams of being able to teleport from home to work and back to avoid using public transport. As long as the districts are faceless and development programmes are handed down from above, until there is a sensible strategy for urban development and dialogue building, people won’t feel any strong sense that the city belongs to them.

'Pride in ourselves and in our city because of the work we have done and how far we have come is essential for any urban transformations,' adds Vicente Guallart.