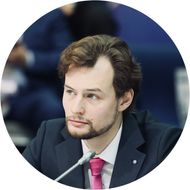 Claudio Silva: ‘The Future for Solving Complex Urban Issues Is an Interdisciplinary Approach’ 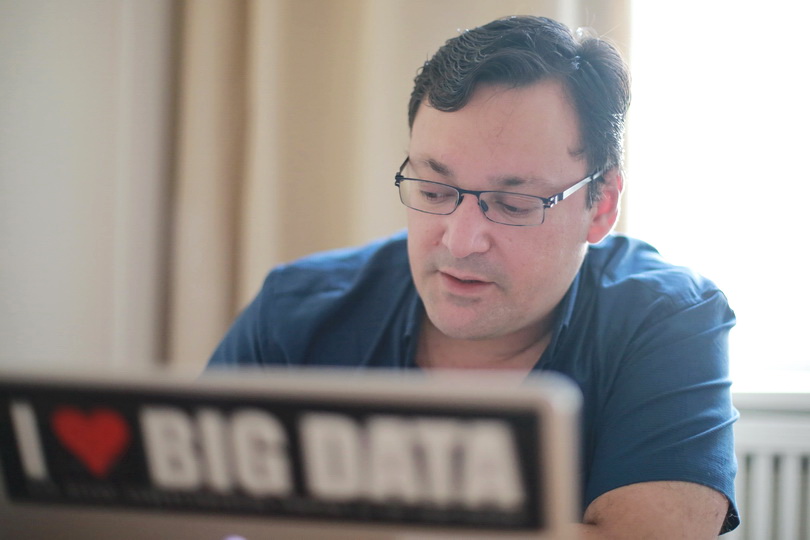 Claudio Silva, Professor of Computer Science and Engineering at the Polytechnic School of Engineering, New York University visited Moscow to take part in the Graduate School of Urban Studies and Planning summer programme, Adaptive City. Professor Silva is a specialist in computer technology and big data. He works on interdisciplinary projects involving biotechnology, neurobiology, physics, ornithology, sports analysis, urban changes and others. Silva has been a major influence on researchers working in big data, for one thing, because of his determination to close the gap between academic research and practical applications.

What is the situation with big data these days? Which areas of the economy use it. Which areas have found a new life with it and which are just waiting for the introduction of big data?

When people talk about big data they usually only have one aspect in mind - volume, but the other side to big data is its complexity. I think that every industry is going through or will at some time go through radical restructuring because of the introduction of big data. The revolution in big data is being able to collect information, which has been produced in enormous quantities in the last decade. The volume of information is growing in a continuous progression. Many areas, particularly in science, have been working with big data and large quantities of complex information for a long time. So the main change in big data as we understand it now is its proximity to individual users. Your own personal data that you can receive about yourself: from where you’ve been and where you’re going to data on your state of health.

As for the implementation of big data, the areas where it is most developed are, not surprisingly, in supercomputers. But if you ask me where big data has the most potential, then I would say those areas where big data influences the decisions people make in their daily lives. This is largely, urban data but not exclusively. For example, the data in samples of biological tissue.

Where do you think the development of technology and big data will take us?

Ways of machine learning will become more automated. We won’t have to spend so long building algorithms. The more we work with big data, the better the algorithms will be and data processing will be faster. I think that soon we’ll move on from being able to analyse one or two mountains of data to simultaneously analysing tens or hundreds of different kinds of data and we’ll be able to include multiple factors for problem solving. The idea of connected models is one of the most interesting.

At the moment we study transport flows and only take data on movement for analysis, sometimes weather data because it influences traffic levels on the roads.

An interdisciplinary approach is the future for solving complex issues and predicting development scenarios for cities. 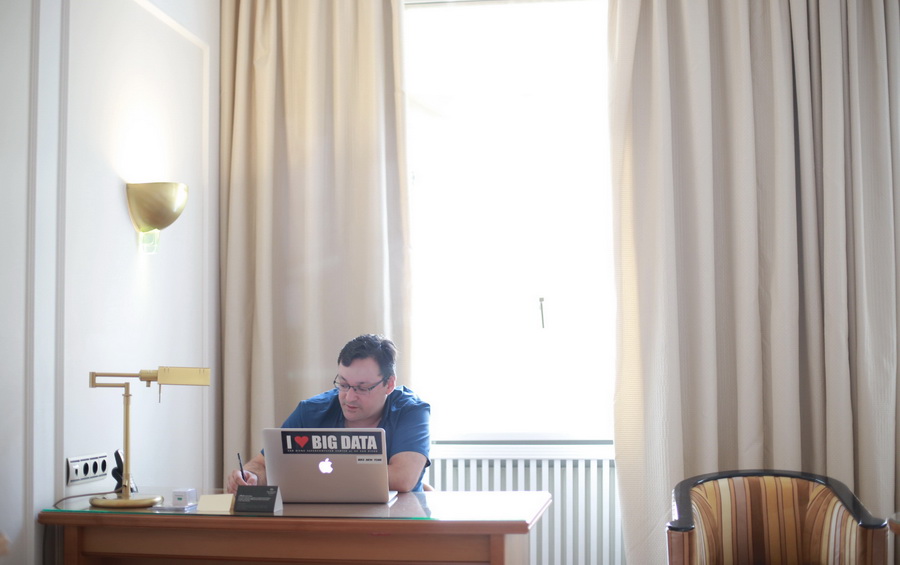 
Do we need to control its development and work out ethics for big data, particularly in the context of generalising people’s everyday lives?

The inviolability of private life as far as big data use is concerned is a very important subject. It’s funny how people react differently to this depending on what big data gives them. To some degree you don’t mind a service like Google looking at information about you so long as it can’t actually say who you are. Let me explain. Most people find it acceptable that there is an algorithm which collections private information and uses it to help you. An algorithm remembers that you searched for a good restaurant and that you liked it. It also remembers that you love Japanese but hate Indian food. If the programme takes your preferences into account - it’s helpful. But at the same time, maybe you don’t want everyone to know these things. Or you even want to keep them secret. There are sure to be certain personal things that you like and dislike and so you don’t want it to be possible for someone to see the personal data on your profile. I believe that users should have constant control, that you should be able to visit a site and delete all the personal data. And of course, there should be control over who can use your data and who can’t. But in fact, I’m not sure I know the answer to your question.

The more we think about the issue, the more unknowns arise and the less we pay attention to what we actually do know.

I think we are right at the beginning of the changes but they have already started. For example, there are a lot of specialists in urban research at New York University because of the natural pull towards studying the city. 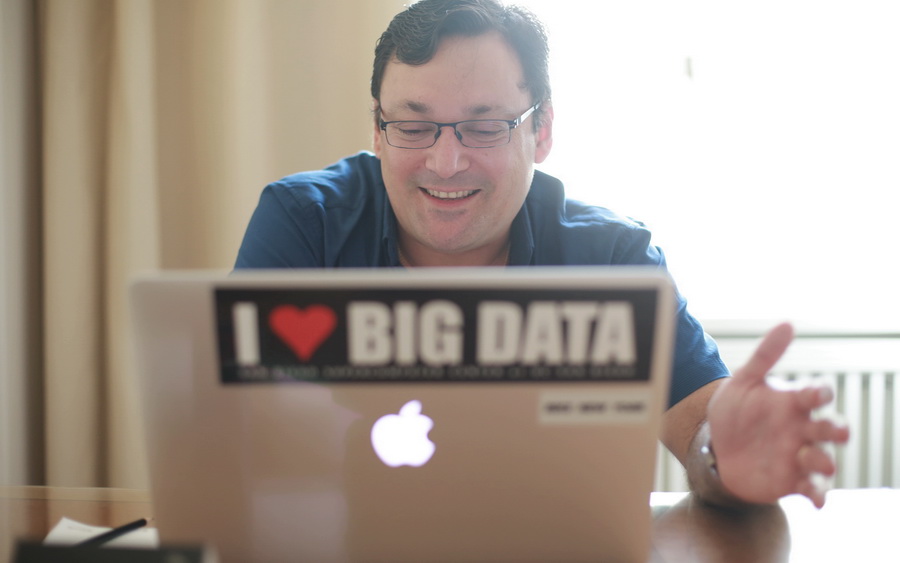 I’ve devoted a lot of time to VisTrails. It’s part of a big project on reproducibility and the provenance of research. The idea is that if you do research you want to be sure that other people can use it and test how accurate it is or at least repeat it. We all have shortcomings in our work and it is becoming a huge problem because we find incalculable quantities of errors in research, methodological, in data collection, etc. Sometimes the research has serious connotations, to do with prescribing medicines and their effectiveness. So we are still working hard on this project to solve the problem in repeated research.

I am also working on a project about sports analysis. I’m a devoted sports fan. We worked on a system to follow the movements of baseball players and on reconstructing games. We’re doing it together with the Major League Baseball Department of specialised media. It’s one of those projects which employs technology that can be applied to other areas because, in many respects, it’s an attempt to explain human behaviour through observation.

Another interesting project is the UrbanGenome. We work with the New York University Center for Genomics and Systems Biology to develop better data visualisation. We also work with art historians from the Frick Collection [a private gallery of European art on 5th Avenue] to make tools for working with an enormous quantity of images. They have more than one and a half million works of art and our task is to organise, index them and create a search system for the collection.

These projects actually have a lot in common. They are all trying to solve one of the fundamental research problems so the results could be used in other areas. For example, the Frick project - we need to work out how to work with big collections too because in urban research we have massive archives of images that need to be analysed. 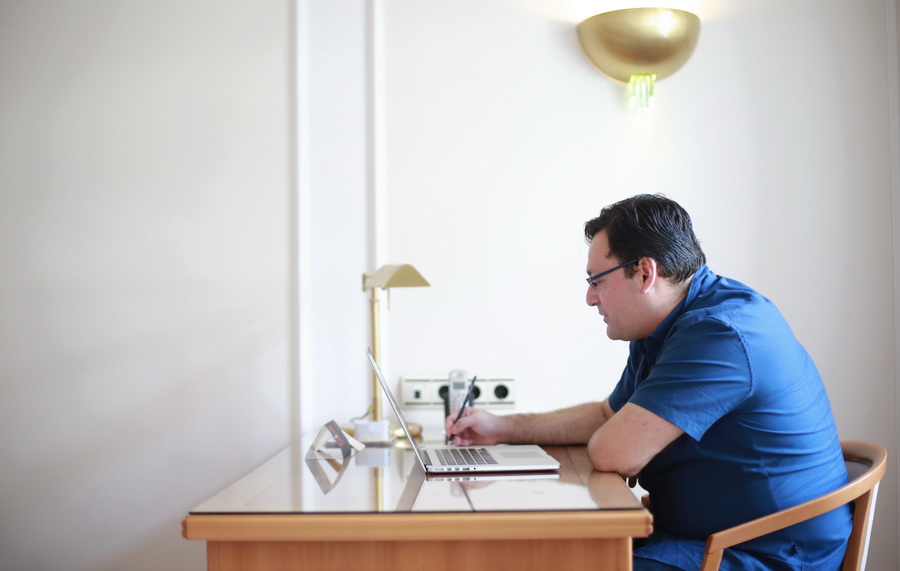 What are your impressions of Moscow and Ekaterinburg? We’d like to know what you think of the transport systems, navigation, roads and pedestrian areas...

I’ve enjoyed being in Russia very much. It was a very busy trip and I don’t think I ever spoke to so many people in my entire life! It was interesting to go from the megapolis to a smaller city, to see the contrasts and the countryside. I’ve always had a lot of Russian friends and colleagues but coming here has given me a deeper understanding of what is happening.

Unfortunately I can’t say I had enough time to understand Moscow - I didn’t have the chance to walk around the city on my own. But I was particularly impressed by how clean the city is, especially compared to New York. New York is a very, very dirty city. The architecture in Moscow is also amazing. GUM is the most beautiful shopping centre I’ve ever seen, right next to Red Square. I didn’t go out of the centre so I can’t say anything about the outskirts of the city. I was also surprised by how many new cars there are. Everything in Moscow looks newer and cleaner than in other cities. Maybe I got that impression from the district I stayed in at the Hotel Baltschug Kempinski or perhaps it’s true for the whole city. On the way out of the city centre I saw a lot of buildings whose function I couldn’t identify. I’m curious to know more about them. And of course the metro is fantastic. The stations are so spacious and it’s easy to navigate. It’s very clean too which can’t be said for the New York subway.

Interview by Anna Siprikova, design manager at Project for Public Spaces,  and Philipp Katz, analyst and student at NYU CUSP.